You are here: IHM.se In English The IHM Story

At IHM we like to be at the forefront, but first let’s take a quick look back…

THE BEGINNING AND THE CREATION OF THE IHM FOUNDATION

In 1966, an assistant professor at the Gothenburg School of Economics called Holger Formgren committed to leading a joint project for a white-collar organisation and the Marketing Association for professionals in Gothenburg. Holger’s task was to organise and lead evening classes in marketing management, for managers and working professionals.

Marketing management was still a new subject in Sweden at the time and had not yet been introduced into the academic curriculum. The courses were initially taught at the premises of the School of Economics in Vasagatan, and teachers were recruited from among outstanding graduates and researchers at the school.

Demand for "Advanced courses in Marketing’ for managers and professionals was found to be considerable, and in 1968 Holger Formgren took the initiative to form the non-profit foundation known as The Institute for Higher Marketing studies: IHM. Just as it is today, studies took place alongside the participant’s work, where meetings and the subsequent exchange of experiences between teachers and participants were central to the way subjects were taught, alongside ‘learning by doing’.

Soon, one and two-year diploma programmes were developed and became known as ‘Marketing Economist DIHM’ and, similarly to MBA programmes, thesis work was included.

Today, after more than 50 years, thousands of alumni can testify that what is now the Diploma in Business Management & Development (DIHM qualification) remains a much sought-after qualification in the labour market. The Diploma is now as well recognized by a public agency at EQF-level 6, which means that the learning outcomes on the university level equivalent to a bachelor’s degree in the included subject areas.

THE ACADEMIC ORIGIN AND THE SUBJECT DIDACTIC IDEA

Being a spin-off from an academic institution the quest for academic learning outcomes with high practical value has since the beginning been the guiding principle for the design of IHM-programs and courses. This aspiration was inspired by Ulf af Trolle who was a professor of business administration at the Gothenburg School of Economics during the 1950s and 60s. 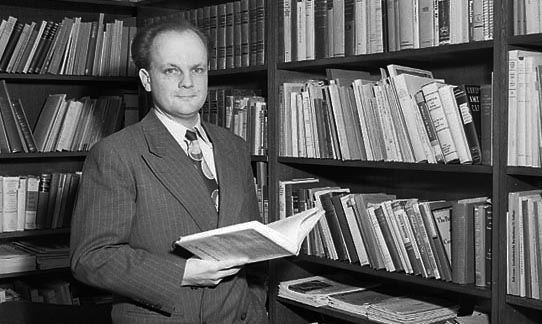 Af Trolle claimed that the combination of theory and practice was a necessary prerequisite when developing professional business acumen – his standpoint being that we should place the same professional demands on businessmen and women that we place on doctors, pilots or accountants for example.

For this reason, practitioners in business continuously needed to develop and build their experience using theoretical knowledge in marketing, management, leadership, finance and business economics.

The early course literature used at IHM was one of Professor Trolle’s standard works entitled Distribution Economics parts I and II, along with the book Marketing Management by Philip Kotler published in its first edition in 1967. Kotler was an American professor and author whose work would go on to set the standard for marketing education in the coming decades. His book Marketing Management in constantly new editions remained for several decades the ideological foundation of the curriculum at IHM.

Af Trolle’s theses of subject didactics and Kotler’s view of marketing management influenced both the founder Holger Formgren and the early faculty members of IHM many of whom were former research assistants to af Trolle. By the late 1960s and in order to live by his own convictions, Af Trolle focused entirely (on his) consultancy (business) where he often found himself helping companies in crisis. It was here that he was given the nickname ‘the company doctor’, and during this period he had a great influence on Swedish industry as well as many well-known business leaders.

In this respect – as a crossroads between academia and business af Trolle’s career and life’s work is an inspiration and model for the qualities that IHM seeks in its teachers and learning programme designers. Af Trolle’s theses of the subject didactics needed to develop business acumen are still the basis for the design and teaching of IHM’s programmes and courses today.

IHM GOES ITS OWN WAY

In 1971 IHM dissolved its links with the School of Economics at the University of Gothenburg and went its own way. Soon Internal company programmes, research services, legal market advice and seminar operations were all offered in quick succession.

At the same time advanced courses in marketing were offered, and later on other business management subjects were added, along with a course in speed reading and other paths to personal development.

In 1975 IHM began internal corporate programmes through its collaboration with Volvo Cars. And in 1979 IHM started publishing its own textbooks through its own publishing house.

In 1986 IHM changed its name to IHM Business School, a name which more clearly communicated the fact that the offering was no longer restricted to Sweden, marketing and business economics. The scope of the program portfolio expanded from marketing & sales to finance, accounting, corporate communications, operations management and leadership.

A new IHM building opened in Gothenburg and IHM was established in Stockholm. Moreover, IHM started an IHM copywriting programme and also helped to set up masters programmes at Thammat University in Thailand. A campus was established in Oslo Norway.

In the 1990s, IHM worked with America’s Johnson & Wales University, the first foreign university to establish itself in Sweden. IHM launched its own management programme, the IHM Executive Programme. Later on, a joint collaboration with Henley University and its MBA programme was initiated.

The DIHM programmes developed to several courses of study and IHM Malmö started up in the fine old Slakthuset building. In the mid-1990s, IHM began working with web portals and interactive services for the benefit of students, alumni and personnel alike. Advanced Vocational Education programmes (AVE) also began to be offered.

The range of programmes expanded considerably with new Advanced Vocational Education programmes and the shorter courses in several fields of business management and leadership. In the early 2000s, IHM formed a partnership with China and the well-reputed Tsinghua University. Thousands of people took part in our ‘Trend seminars’ every year.

The entire DIHM programme was gradually renewed and several corporate academies started up, such as ICA Business School, Volvo Cars Business School and Yamaha Academy. In addition, the Advanced Vocational Education programs (AVE) became Higher Vocational Education programs (HVE). The fixed courses of study leading to the DIHM Diploma were divided into several independent certificate programmes. The new course of study grew in scope.and flexibility as several programs were selectable according to the needs of the participant.

In 2008, IHM Malmö moved into the city centre and in 2009, IHM Stockholm moved into modern new premises in Kungsholmen.

In 2010, IHM Gothenburg began a modernisation of its flagship IHM building. Interest in social media and the emergence of new business logic began attracting more and more students to lectures and new programmes.

In 2011, IHM launched a brand new Leadership Development program, and in the same year exceeded 30,000 alumni.

On 13 June 2018, IHM was recognized by a public agency as the first independent business school in Sweden that - outside of the constitutionally regulated institutions - can provide learning outcomes at a university level for professionals and managers. An achievement in line with the quest from IHM’s beginning to produce academic learning outcomes with high practical value. The public agency involved is responsible for the placement of lifelong learning programmes according to their level of learning outcomes. The framework is called SeQF which is the Swedish arm of the European Qualifications Framework for lifelong learning. This also makes IHM’s qualification of learning outcomes viable across Europe.

The placement of the SeQF Level 6 refers to the DIHM Diploma in Business Management & Development, a degree-level qualification for working managers and executives seeking to distinguish themselves as professional business developers, based on the qualification demands of careers such as Head of Sales/Marketing, Product Owner, Operations Manager, Business Developer in the context of B2B-sales, or President/Managing Director/CEO.