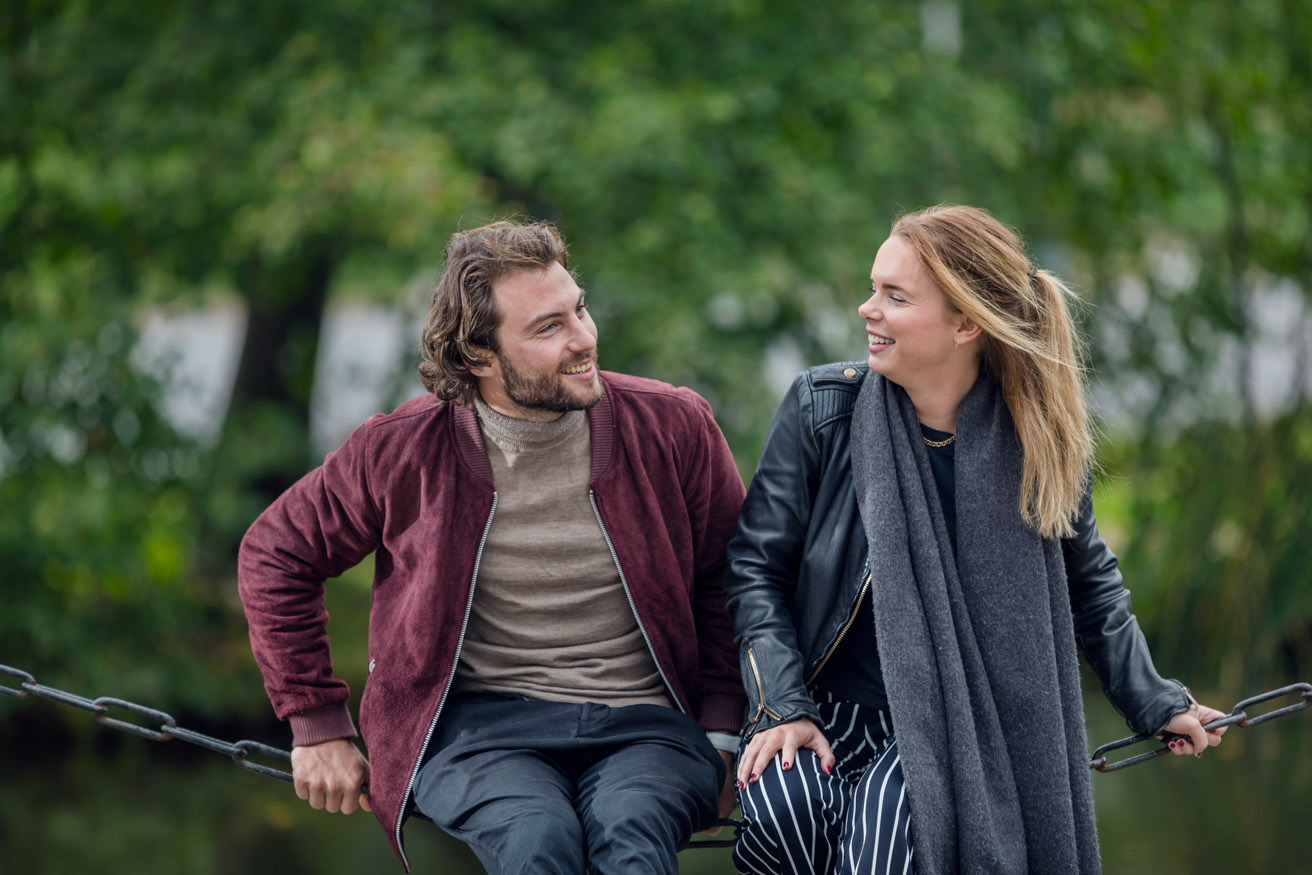 Sex on the brain

You are here: IHM.se Inspiration Kunskap Sex on the brain
Författare: Tara Swart

How do gender differences play out, at work? Is there any difference between male and female brains? What would you do differently if you knew that there were differences, and what they were?

The brain consists of two hemispheres and the corpus callosum, which is like a bridge that connects them. For right-handed people, the right hemisphere handles most spatial processing and the left hemisphere most language functions. This is known as lateralization.

For left-handed people (which is about 12% of the population), half have speech predominantly in the left brain, and half across both sides. The popular distinction that the left brain represents logic and the right brain is more artistic and intuitive, is a gross over-simplification.

Structurally, the female brain has more connections across the corpus callosum, leading to more distributed processing, and the male brain is more lateralized. In terms of performance, the largest difference is in visuo-spatial rotation (more women than men, prefer to turn maps around rather than read them upside down), and any other differences are minor. So in the hardware, the difference is effectively nil.

When I was at medical school, we had a pickled human brain per group of six students to dissect over a period of a few months. We could tell which were female brains and which were male brains.

Whilst applying neuroscience to business in the last few years, I’ve come up against the fact that some people don't like to hear that, or don’t believe that it’s true.

Social conditioning and expectations, up-bringing, education and lifestyle obviously affect the normal distribution of what we do with our brains, but with the growing body of knowledge around our brains – their structure, function, inter-connection, and ability to change, it is time to be aware of the differences and leverage them.

As the Dana Foundation tweeted recently, regarding the relationship between genetics and behavior: “genetics puts bullets in the gun, behavior pulls the trigger”.

It’s still not completely clear how the structural differences in male and female brains affect their function, but it is most likely through the way that men and women process information, use energy, and manage relationships.

Men’s brains are about 10% bigger and contain about 4% more cells, but women’s brains contain more neurons and more cellular connections, so they are more compact and efficient.

Women have a larger corpus callosum (the bridge that connects the right and left hemispheres), so they can transfer data between the two sides (integrating logic and emotion) quicker.

The other major structural difference is the size of the limbic system – this is larger in the female brain, increasing their ability to connect and bond with others. It is at the very least an extra piece of data to incorporate into our understanding of the unique qualities that these subtle brain differences can cause.

We do have to be mindful of guarding against stereotypes and brandishing them across the board. Traits like empathy vary with situations, and under certain circumstances, gender differences can disappear. Also brains are so individual, shaped as they are by a lifetime of experiences, and with the growing knowledge around neuroplasticity, we do have to ask ourselves whether structure dictates behavior or vice versa.

Both physical imaging and psychological research are leading to greater understanding of the differences between the sexes, but certainly in terms of function, the overlap between men and women’s brains is greater than any difference. Such is the ability of the brain to change itself or be sculpted by every encounter, that your physical brain will be different by the time you finish reading this!

More recently, brain scanning has even shown:“The brains of gay men and women look like those found in heterosexual people of the opposite sex” BBC news, 2008.

In heterosexual men, the right hemisphere is slightly larger. The number of nerves connecting the two sides of the brains of gay men were also more like the number in heterosexual women than in straight men.” Time Science & Space, 2008.

Here is a series of brain scans from The National Academy of Sciences published in The Washington Post in 2008 focusing on the amygdala - the part of the brain involved in processing emotions:

So how does this apply to what we see in the workplace?

Let’s take a look at financial risk-taking. Applied neuroscientists would say this is a physical activity, just like kicking a ball. Every thought that you have is accompanied by some changes in your body through your autonomic nervous system, partially related to adrenaline release e. g. breathing, blood pressure, sweating or clenching your fists.

Men and women have a similar appetite for risk, but women are less likely to make decisions based on partial information.

The ramifications of this in sport, warfare and financial services are interesting, to say the least. In the 1950’s the only women in the workplace were secretaries. One only has to watch an episode of Mad Men to see how much things have changed.

Now, after a global financial crisis where male traders and bankers have been portrayed as driven by emotions such as greed and macho bravado, and women’s respect for risk may serve them well, virtually everyone would say that there should be more women in top positions, but not a single global bank is run by a woman…

BSc, PhD, BM BCh (Oxon) CEO. Tara is at the forefront of the application of neuroscience to business.